From Wings of Linen
Jump to navigation Jump to search

These charts show the use over time of each WWI UK aircraft. The data is derived from Squadron records in Ian Philpott's The Birth of the Royal Air Force. While the book does a good job of noting when certain aircraft were taken up by each of 274 squadrons and when they were retired, it doesn't say whether one example of a certain type of aircraft was added to the roster or ten of them, so I have assumed an even split between all of the types in use in any one month. I have removed from the charts any types used in England from squadrons bound for foreign service, but Home Defense squadrons aircraft are included for their full tenure. The charts do include aircraft used in lesser-known theaters like the Middle East. There is some RNAS data included from the period where they joined the RAF, but the data does not include seaplanes and flying boats. 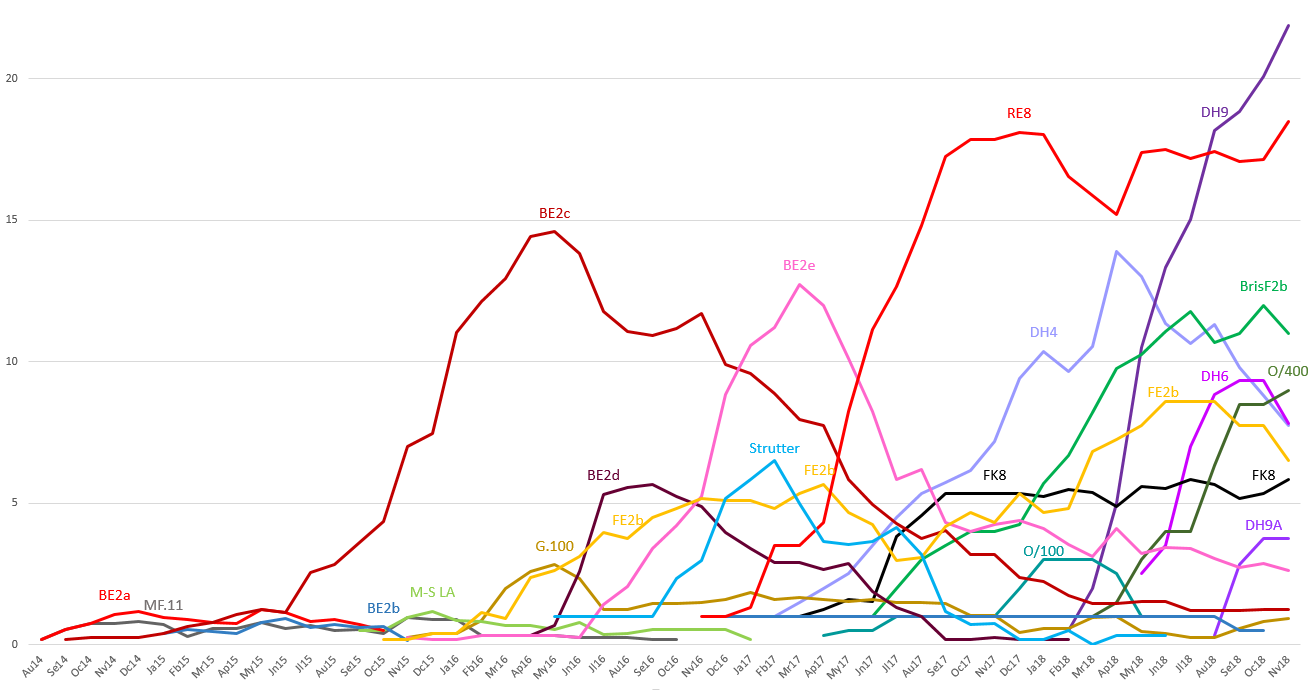 Retrieved from "https://linen.miraheze.org/w/index.php?title=British_Usage_Charts&oldid=10564"
Category:
Cookies help us deliver our services. By using our services, you agree to our use of cookies.