From Wings of Linen
Jump to navigation Jump to search
The printable version is no longer supported and may have rendering errors. Please update your browser bookmarks and please use the default browser print function instead.

These charts show the use over time of each WWI French aircraft. The data is derived from escadrille records in Davilla and Soltan's French Aircraft of the First World War. While it contains little data on the arrival and retirement of each type, we do benefit that each escadrille changed names when it changed types. For instance F(arman)1 changed to AR1 when they traded their Farman F.40s for A.R.1s in April 1917. Such changes did not occur on a knife edge. Furthermore, it is difficult to know when an escadrille transitioned from one type to another by the same manufacturer, e.g. SPAD 7 to SPAD 13. Hopefully such uncertainties will average out over the large amount of data. 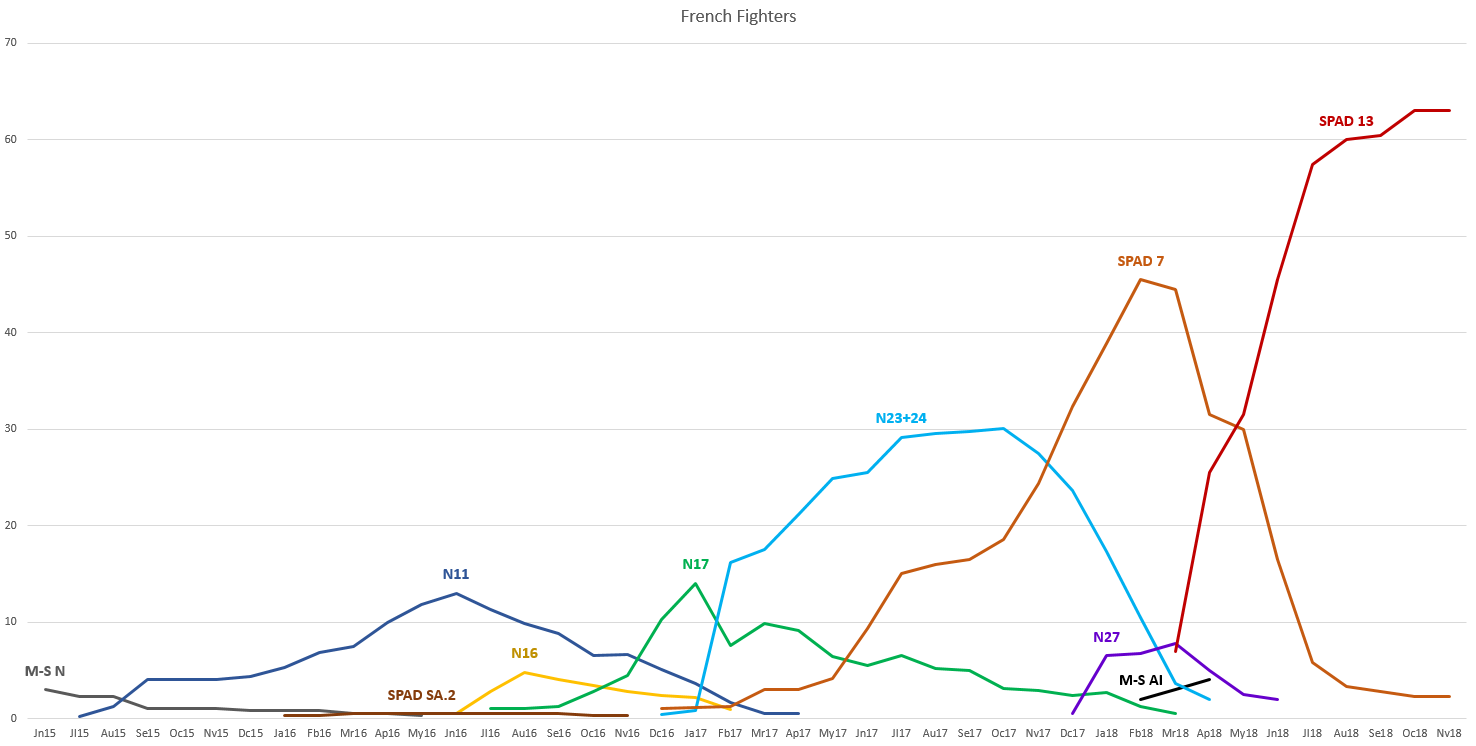 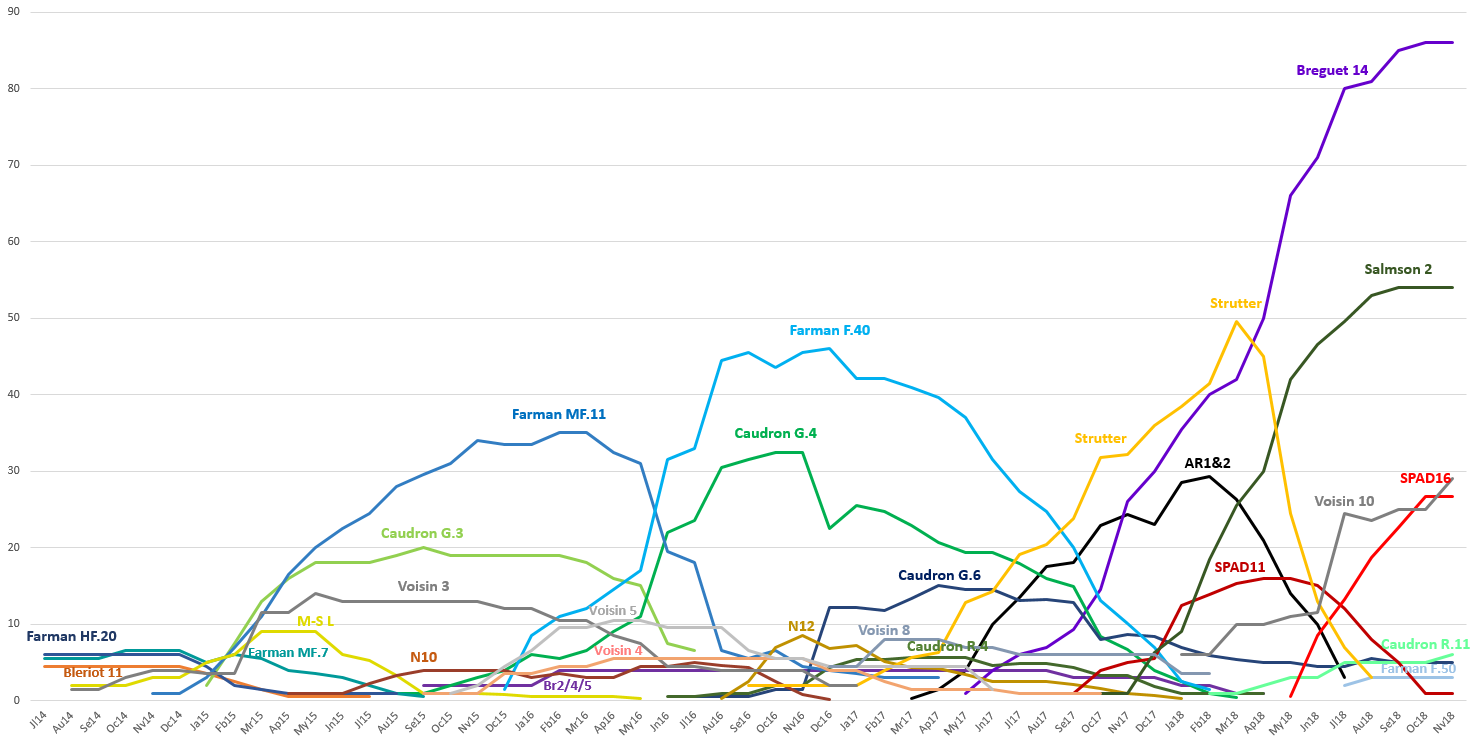